WHY DOES MY DOG TAKE FOREVER TO PICK A SPOT TO POOP? 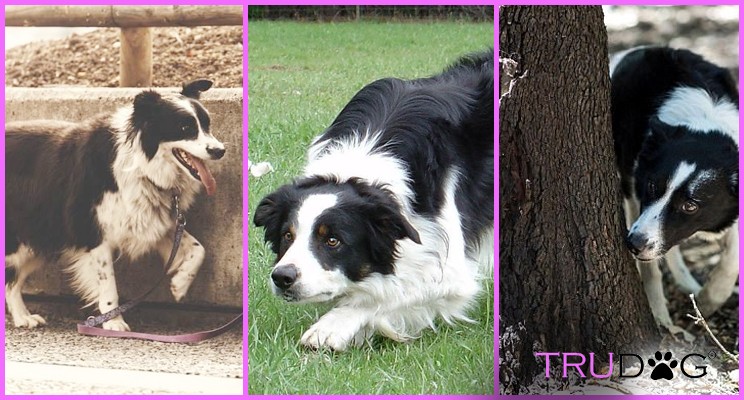 Have you ever noticed your dog taking a significant amount of time to do his business? First, he sniffs around, then he digs a little, he might spin in so many circles that you think he’s bound to fall over and let’s not forget the actual time frame that it takes for him to finish up. It can be a real time constraining event for you and your dog every time that he needs to poop.

If you have wondered why your dog does these ritualistic things before each one of his bowel movements, you are not alone. Most dog owners feel the same frustration and curiosity as you, and because of that, research has been done to explain these mysterious acts leading up to poop. 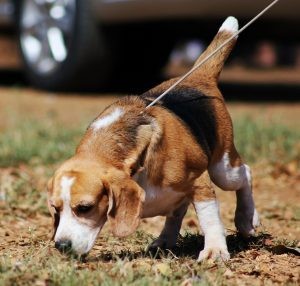 What’s up with my dog’s poo habits?

There are four main reasons why your dog may spend time dawdling before he poops. These reasons are:

Your dog, as weird as it sounds, uses the droppings of other dogs and animals to receive the “the neighborhood update”. Through the droppings and waste of his fellow community dogs, he is able to tell things such as whereother dogs have been, what they have been doing, which dogs are in the immediate area, sexual status, if a dog is a friend or an enemy, the last thing that ate, or how long ago they eliminated waste in that area.

Animal waste is basically a social media network for your dog. When your dog spends a lot of time sniffing around before he does what he needs to do, it’s because he is decoding all these “status updates” from his fellow dogs. And while it might sound like a pain to let your dog get caught up on the gossip of the neighborhood, their excessive sniffing can actually help them relieve themselves quicker. Often times there are scents encoded in messages left by other dogs that can act as a trigger to for your dog to want to go potty too.

Just like humans feel uncomfortable going number two in public bathrooms, dogs can get performance shy when it comes to pooping in public. Some dogs just need peace, quiet, and privacy to get the job done. If this is the case with your dog and you notice that they just cannot poop in public, try walking him on an empty street during a quieter time of day so they can go comfortably.

There are many good reasons as to why your dog might be taking a while to poop, but sometimes they dilly-dally simply because they want to. It is quite possible that your dog is stalling outside on purpose! He might be doing that because he just likes to be outside or wants to spend time with you.

Dogs who only get to be outdoors for potty purposes are smart enough to realize that as soon as they finish, they will be put inside immediately. So they might take their good, sweet time sniffing and exploring before they finish up. There is a great solution to this problem; make sure your dog has access to an adequate amount of time outdoors. Try to work in a walk or yard play time every day for them so they can spend enough time outdoors.

Have you ever noticed your dog spinning around like they were on a merry-go-round before they actually pop a squat and poop? That is a really common thing for dogs to do. According to a study published in Frontiers in Zoology, dogs may prefer to excrete with their bodies aligned along the North-South axis. So if your dog is spinning himself dizzy remember that he is probably just trying to figure out which way is north.

It’s easy to get frustrated with your dog when he is taking his sweet time going to the bathroom, but remember just like you, the conditions have to be right. He is just trying to have a pleasant experience while doing his business. If you feel as if you can’t handle the amount of time it takes for him to go, you could try to train him to go potty on cue. Sometimes, however, you just have to remember that your dog’s body is working together to eliminate waste and make him healthy and love him anyways. 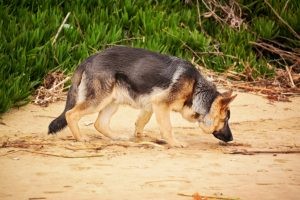