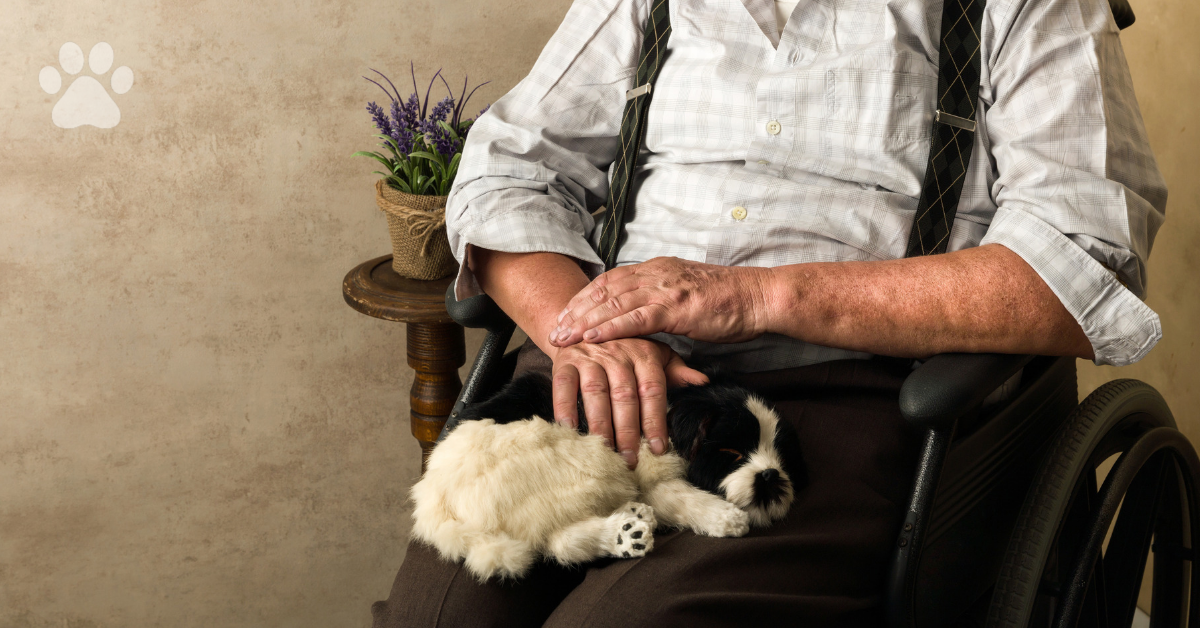 Some bonds between people and their dogs are too heartwarming to resist gushing over, but that often only makes the goodbyes between them all the more heart-wrenching. This is exactly the case between pet parent, John, and his beloved pooch, Pawpaw. As John’s health deteriorates, his last wish is to find his pup a safe, loving home.

John is a gentle, devoted dog-lover who has owned 13 different dogs throughout the course of his life. His love for dogs is so strong that he couldn’t imagine living without one by his side. As a sufferer of the neurodegenerative disease, ALS, John needs a wheelchair to get around, especially in his old age as his health has declined. That didn’t stop him from taking in a shelter dog back in 2017 in order to provide it with a safe, loving home! (1, 2)

John met Pawpaw at the Muttville Senior Dog Rescue in California in 2017. Pawpaw was 11 years old when John met him and took him in. Both seniors experienced an instant bond and enjoyed a couple of good years filled with love. While John has had a great many dogs in his lifetime, Pawpaw was the perfect addition to his life as a senior with ALS. They enjoyed calm, peaceful afternoons together as perfect companions. (1, 2, 3)

The age-old adage is true – all good things must come to an end. John’s health began declining more rapidly in the beginning of 2019. It declined so rapidly, in fact, that he was forced to make plans for the worst-case scenario in the future. Nothing appeared more important to John, however, then finding a safe forever home for his beloved Pawpaw after he passed away.

Sherri Franklin, the founder of Muttville where John and Pawpaw met, told The Dodo, “Pawpaw is his family and it’s bittersweet, knowing that John may leave us soon. I am honored to help Pawpaw find his new family.” (1)

John’s concern for Pawpaw’s wellbeing after his passing is incredibly touching, especially considering the number of loving pets who end up homeless when their parent passes. This kind of forward-thinking could possibly save a pet’s life. Having a plan in the case of an emergency is not only smart, but it ensures the best possible outcome for your pet should something tragic befall their guardian.

According to Franklin, “When someone passes away, their dog is usually brought into a local animal shelter and if the dog is older they will end up getting euthanized if a home is not quickly found. Muttville gets dogs from all kinds of backgrounds, the ones that really pull at my heartstrings are the dogs that have had a wonderful home until their guardian passes away or goes into a care facility, [and] their whole life turns upside down.” (1)

None of us want to think about what would happen to our pet if we should pass before they do and, for many of us, it won’t ever happen. However, John’s eagerness to prepare for his pet even after his own death should be an inspiration to us all to properly prepare for our beloved furry friends.

The right dog in the right situation can be more helpful than any other thing. They’re perfect companions for the elderly and disabled, as well as for the young and active. Dogs are willing to trust and be lead through practically anything for the person who looks after them. Do your best to look after your dog in the best way possible.