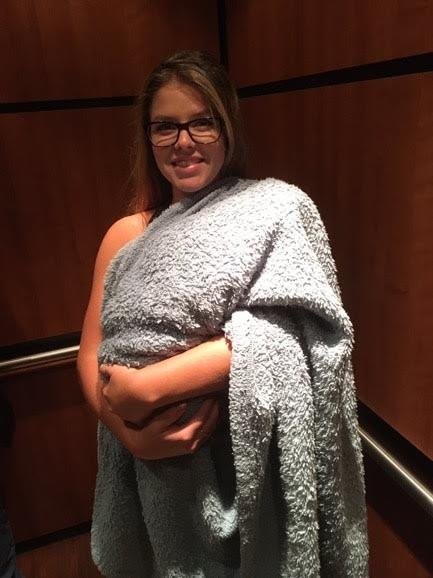 That’s what happened when Shelby Hennick’s grandma was admitted to the hospital. Shelby knew that a visit from her grandma’s furry best friend was exactly what she needed to get better- so she decided to sneak the pup into the hospital for a visit.

“It was my mom’s idea to bring Patsy into the hospital,” Hennick told The Dodo. “My mom called me as I was passing her [my grandmother’s] house, and so I stopped, went through the back door, and off we went.”

“I just picked her up, put her against my shoulder, covered her fuzzy parts with the blanket, and we just walked on in,” Hennick said.

“It was pretty crazy,” Hennick said.

“At first she thought it was my 1-year-old nephew,” Hennick said. “But she was very surprised to see her dog after the door was shut.”

“It was pretty cute,” Hennick added. “[Patsy] just jumped into her lap and licked her face.”

“I’m definitely glad I snuck her in,” Hennick said. “I’d do it again, and not because of the attention I’m getting now, but because I know it made them both happy.” 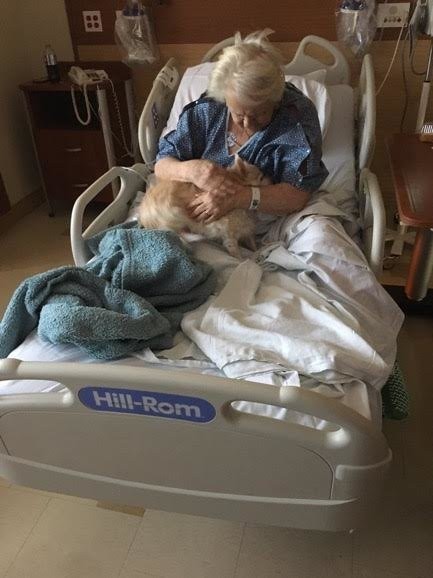 Shelby’s grandma is now back at home with her beloved pooch.